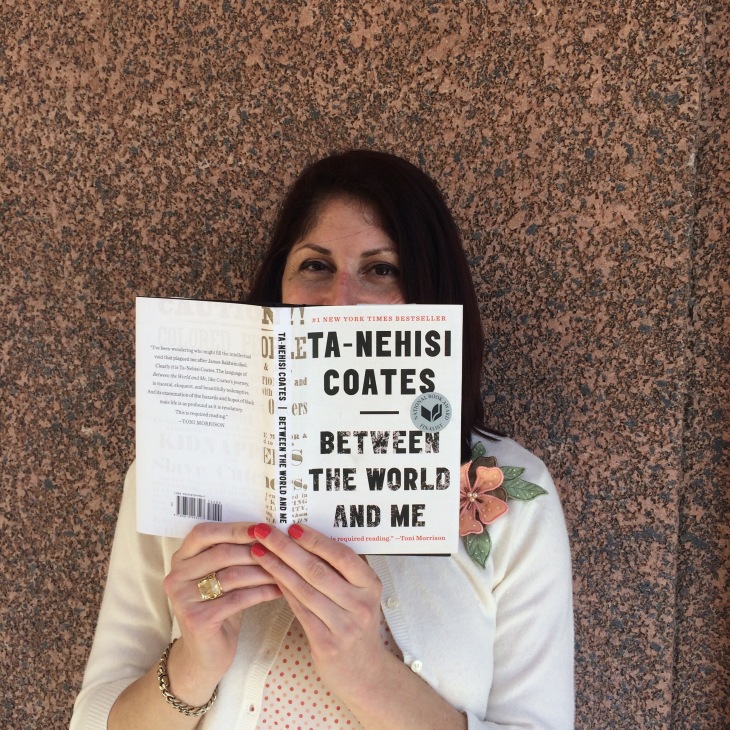 Ta-Nehisi Coates wrote Between the World and Me as a letter to his fifteen year old son growing into a black man in America. This letter, is 152 pages long. Because this work feels precisely like a letter, it results almost in guilt while reading it because you feel all the love and pain and anguish and anger that Coates experiences and expresses to his son. These are emotions that aren’t generally shared when writing about American history.* Books about history can induce anger, frustration, and guilt, but those are experienced by the reader, and not outright expressed by the writer. Why? Because we were told that history is what actually existed. We do not learn until later that history alters by who is telling the history, who is the writer, the “academic.” And so these “history” books we read growing up, are very one-sided, and of course, emotions are removed, falsely assuming objectivity. But how are they objective when they are only telling one version?

Here, in this letter that Coates writes, he has created a platform in which to express his feelings while telling America’s history to his son. Coates writes about “what did I mean, specifically, by the loss of my body.” (49). He is speaking of a historical past, of slavery, and then later, of his personal history, and then he reverts to a past in-between the two, the past of Chicago, when city planners used racist public policies to create ghettos. And then he writes of his most recent past, looking at his son, trying to protect him from “people who believe that they are white,” worrying as his father did, warning his son, “you must be responsible for the worst actions of other black bodies.” (Coates, 71) He writes of contemporary times, watching his son’s anguish when the killers of Michael Brown go free.

“It was not my expectation that anyone would ever be punished. But you were young and still believed…when instead it was announced that there was none you said, ‘I’ve got to go,’ and you went into your room, and I heard you crying. I came in five minutes after, and I didn’t hug you, and I didn’t comfort you, because I thought it would be wrong to comfort you. I did not tell you that it would be okay, because I have never believed it would be okay. What I told you is what your grandparents tried to tell me: that this is your country, that this is your world, that  this is your body, and you must find some way to live within the all of it. I tell you now that the question of how one should live within a black body, within a country lost in the Dream, is the question of my life, and the pursuit of this question, I have found, ultimately answers itself.”                  (Coates,  11-12)

Coates tells his history to his son. How he grew up in Baltimore, “the culture of the streets,” that when Coates was his son’s age, that “one-third of my brain was concerned with who he walked to school with, our precise number, the manner of our walk, the number of times I smiled, who or what I smiled at, who offered a pound and who did not—all of which is to say that I practiced the culture of the streets, a culture concerned chiefly with securing the body.”(24) This world that Coates lived in, it is not the same world I grew up in, and yet our worlds are connected. We live in the same country, the one that has created this culture of race and racism. And I think it it is my responsibility to read other people’s histories, because their histories are linked to mine. We need to be aware of what has happened to other people, who was responsible, and how our collective history has impacted others. 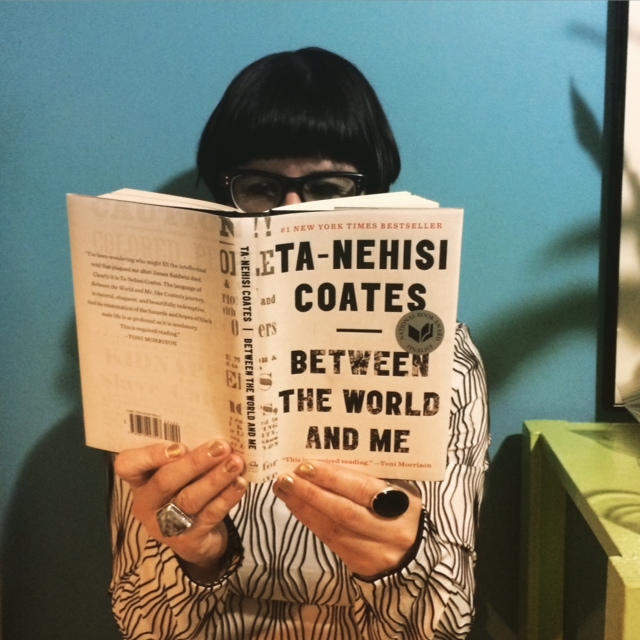 Because Ta-Nehisi Coates’ primary audience is his son, the language he uses, is both tender and strong. He explains his own perception of what it means to grow up in America today. And what he hopes for his son. He doesn’t sugar coat things, he is honest, he writes history as it happened in his eyes, citing the historians he read, the academics he learned from. “What was required was a new story, a new history told through the lens of our struggle.” (44) Almost all the literary writers he cites I have read. But the academics and historians, I have not. I have been obsessively listening to interviews with Coates. He insists his readers must delve into history in their own way. We need to do our own research and read multiple versions of history. (I will definitely be reading the books he has cited Chicago’s public housing.) And so he seeks this new history, in books, and with Between the World and Me, he contributes to this new history.

Ta-Nehisi Coates, Between the World and Me

*I mean specifically traditional history books, ones that are meant to be written objectively, without emotion. I realize there are many histories, and many slants to them, but here I mean books that attempt to leave out all emotions.