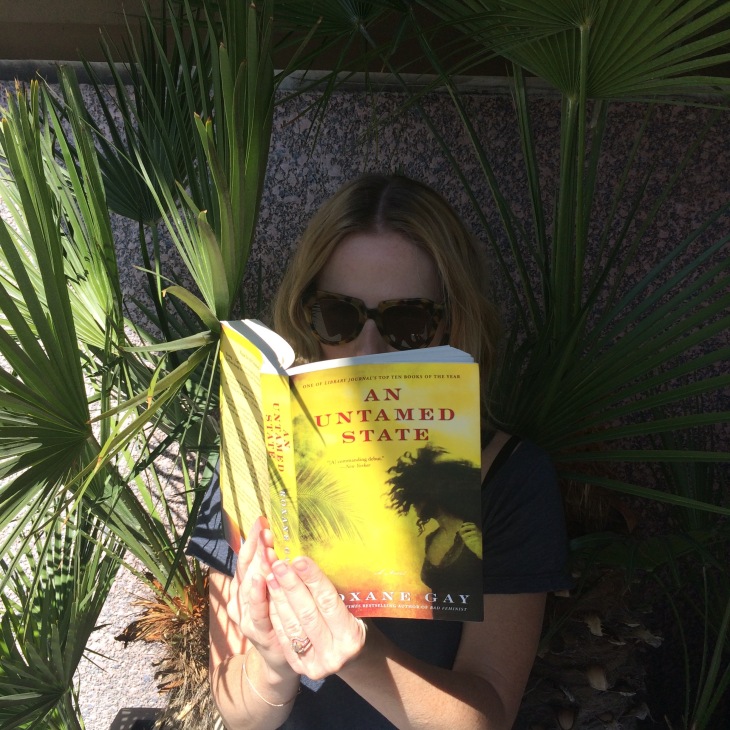 Most often the sign of a good book is one you know you’ll read again. When you turn that first page and you realize you’re hooked and you can’t wait to reread it. But sometimes, there’s those really strong books, brilliant really, and you’re grateful to have somehow stumbled on them, but you know you’ll never read them again. Ever. Why? Because they haunt you. Because they tell you a story you don’t want to hear. Because you never want to live in the situation the character was in. Because the story makes you realize how comfortable you live. Because you feel such guilt reading about these horrific atrocities from your cozy bed, slowly sipping a coffee you made at home with your clean water from your apartment faucet, when your fridge is full (or it could be if you shopped properly). Because you’re so privileged and the story is so horrible you never realized the world could be that bad.

Roxane Gay‘s An Untamed State tells the story of a Haitian American woman who is kidnapped in Haiti and held for ransom. Mirielle Duval Jameson is married and has an eight month old son. Her father grew up in a shack with his parents and twelve siblings. He moved to the United States and became successful, always working for men who held his being Haitian against him. So he moved back to Haiti, and became the most successful developer there. His family always worried about being kidnapped: in fact, they joked about it. And when it happens, the most successful man in Haiti, her father, refuses to pay the kidnappers and negotiates for less. He could afford it but refuses to give in to the thieves (yes, he considers them thieves before kidnappers). Mirielle Duval Jameson is held by her kidnappers for almost two weeks.

END_OF_DOCUMENT_TOKEN_TO_BE_REPLACED

It seemed everywhere I went I saw Rebecca Solnit‘s Men Explain Things to Me. Having recently read Roxane Gay’s Bad Feminist and finding a kindred soul in Gay, I was excited to read this new essay that gestated the term “mansplaining.”

The essay which gives the collection its title, Men Explain Things to Me, is quite short. In it Solnit recalls a conversation with a man. She is telling him about a book she wrote when the man interrupts her to tell her about a seminal book on the same subject released that summer… And it’s her book but he is too daft to realize it, nor has he read this book he is telling her about. Solnit uses this incident to explore this phenomena of men explaining things to women that women already know. And of men telling women what is right (most often regarding our bodies).