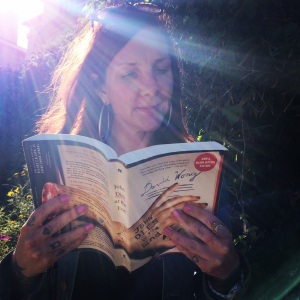 I had seen David Wong‘s John Dies at the End twice in the bookstore and considered buying it but opted not to. A friend recently recommended I read it so I bought it. I wasn’t sure if it was science-fiction or horror but soon found out it was more horror than sci-fi. I’m a much bigger fan of science fiction than horror so I was disappointed. The title is the main reason I wanted to read it. He tells you from the outset who is going to die and when. But then you wonder if it’s just a ploy to get you to pick up the book. Will John really die? And because this is horror with strange otherworldly things happening, does that mean he can come back from the dead?

I am drawn to linear books or at least books that wrap up tidily in the end. I don’t like loose ends; I don’t enjoy things left for interpretation in plot. I want to absolutely know what happened and how it transpired. And yet this book left me confused. I don’t really know that I fully understood everything.

David and John are best friends at a party and they both end up taking a drug, which has no official name, so they call it soy sauce based on its appearance. This drug allows them to see things others can’t and to move more quickly—speed of light quick. There’s a girl, there’s always a girl. I liked her but was disappointed in how her relationship evolved with David.

However, there are so many insanely nonsensical things that I kept thinking perhaps this is contemporary surrealism. David speaks to his best friend through a hot dog. How? Why? I don’t know. There’s a talking dog. There’s a creature made up of frozen meat cutlets. There’s this disgusting oversized maggot type creature that lives underneath a trailer in a hole dug deep into the ground, under the toilet. Faces appear on the television. They  can talk to the dead. There are zombies. There are too many illogical things happening at once. Things happen and you feel as though you’re in a dream.

Add to all this that the author’s name is David Wong, the same name of his narrator. The author is intentionally blurring the lines; he chose the name David Wong because those are the two most common names making him impossible to find. But why is he hiding? And why is the author using his character’s name? (On the back of the book, the author’s real name is listed, as Jason Pargin, editor in chief of Cracked.com.)

It’s confusing and I felt lost reading; I suspect I held that against John Dies at the End. But at the same time, I enjoyed this other world. Despite a talking dog and a floating jellyfish in a den I continued to read. This is the first of a trilogy; I’ve bought the second book, This Book is Full of Spiders. Ultimately, the reason I liked the book is that it scared me. While reading the book I was spooked out. I kept hearing things. When something fell in my bathroom, my heart began to race. I was scared to enter my room in the dark so I left the light on. Also, I had a Lost Boys moment, when I opened a bag of french fries and thought they were all squirming maggots. And this, on a hot day in the sun with a friend. All because of a book I was reading. 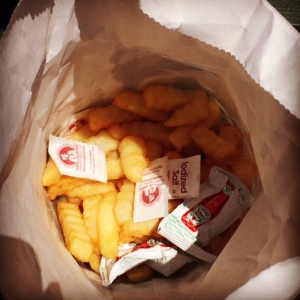