The second in my series of photographing my friends’ book collections; I eagerly visited my friends’ homes to see what they read and how they display their books. (To see the first entry, click here.) Our collections reveal a path, of who we were and who we are striving to be. Many people living in the city have to downsize, so while the shelves are not an accurate representation of who someone is, they can reveal the thought process. Which books have they moved from apartment to apartment for over a decade?

J E N N I F E R & M A R C O
Jennifer got her BA in art history and went on to graduate school at CCA to study Visual Criticism. She had just finished organizing her books the day I visited. She explained how they are arranged by genre. Poetry, literature, children’s lit, mystery, art monographs, philosophy, spirituality. Each section is then arranged alphabetically. Within each author’s section the books are arranged alphabetically by title.

A detail of her monographs. She works in development at the SF Ballet. The fake cake was used for display at the SFMOMA Café that recently closed.

Jennifer and Marco recently moved from a small cottage to a larger home, which meant they could move all their books out of storage. But as Jennifer finished organizing them, she realized that all of her Fyodor Dostoevsky and Henry Miller books were missing. She’s hoping they left a box in storage as those were her favorites when she was 19.

J E S S I C A
Jessica is a flight attendant so her whole life revolves around efficiency. When she moved into a small studio she had to downsize everything, including her books. She’s only kept her favorites. She also has a number of travel guides.

One of her most treasured books, is by Jacques Cousteau. 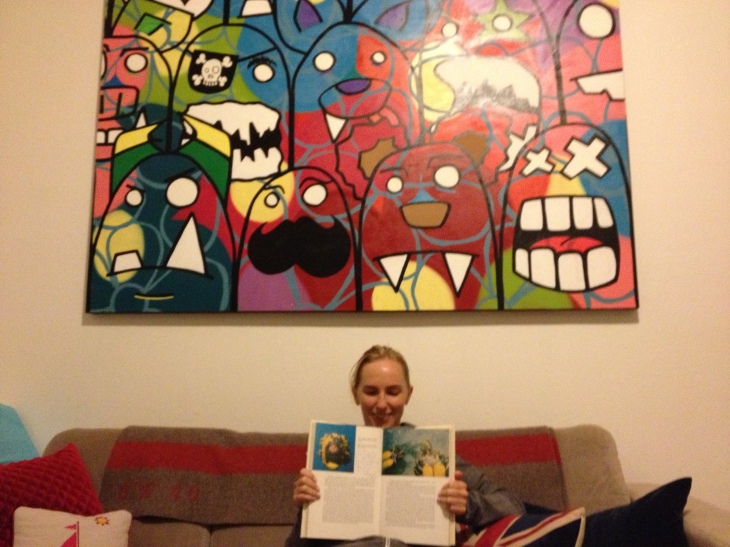 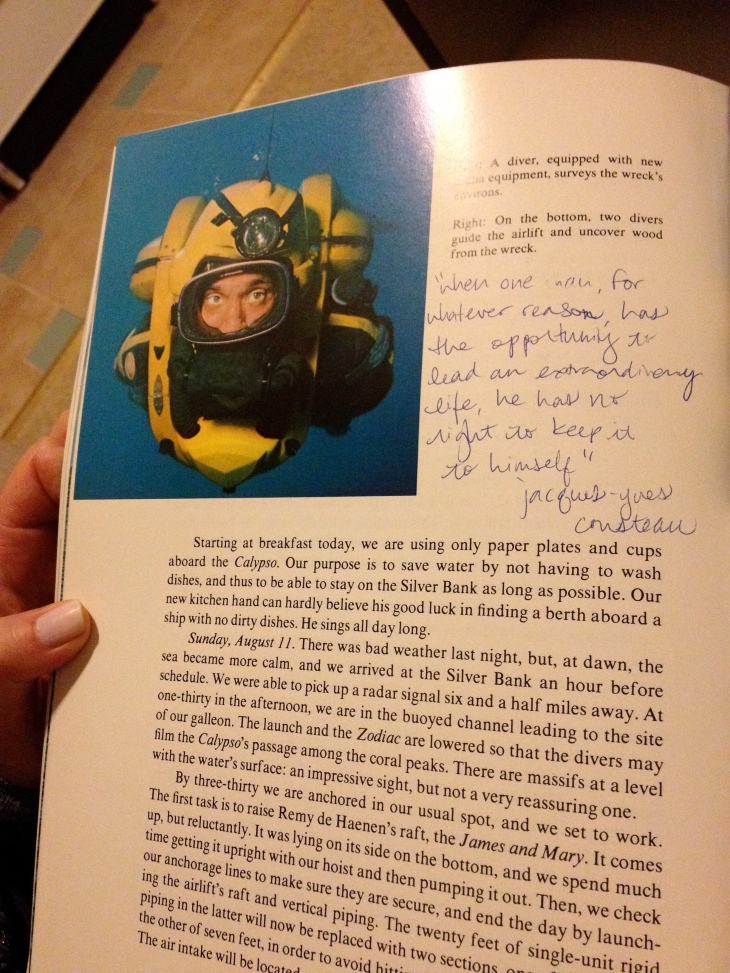 S A D A
From Ancona, Italy, Sada has her Masters in Foreign Language and Literature from the University of Urbino, Italy. Her thesis was called Disappear Here: Bret Easton Ellis and American Minimalism. Her writing is beautiful, sympathetic with a bit of symphony to the language. She lived in London, then Portland, and now Oakland. She’s left a large number of books at her mother’s in Italy. When she moved to Oakland, she was a bit timid with her book buying. She refrained by checking books out of the library. She feared having to leave books behind but has since started buying books again. Here are her bookcases. She has a copy of Pinocchio in Italian.

Here are some details of her bookshelf including her shelf with the Drome magazines with her articles. 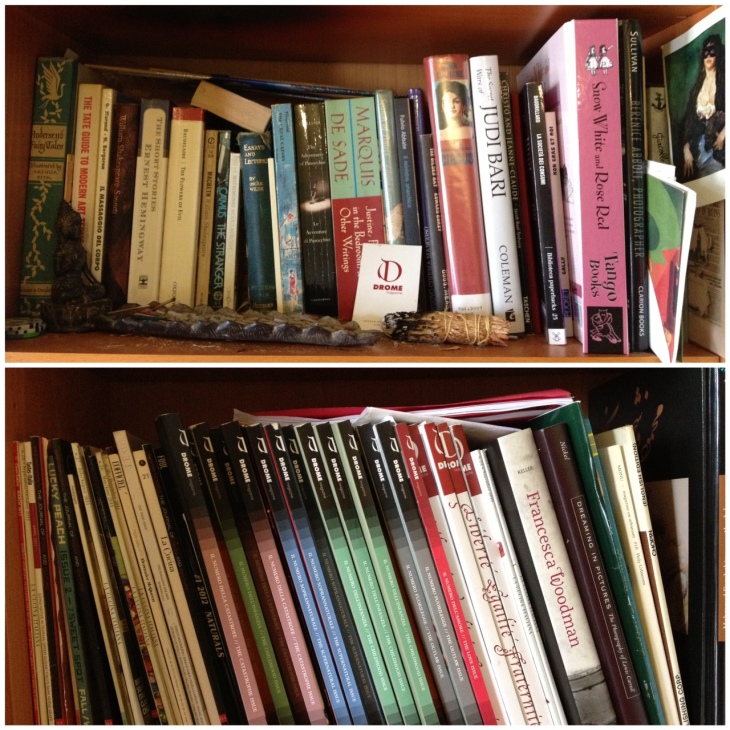 She had just discovered a discount book store and bought a lot of books; she hadn’t yet put them in her bookcase yet. 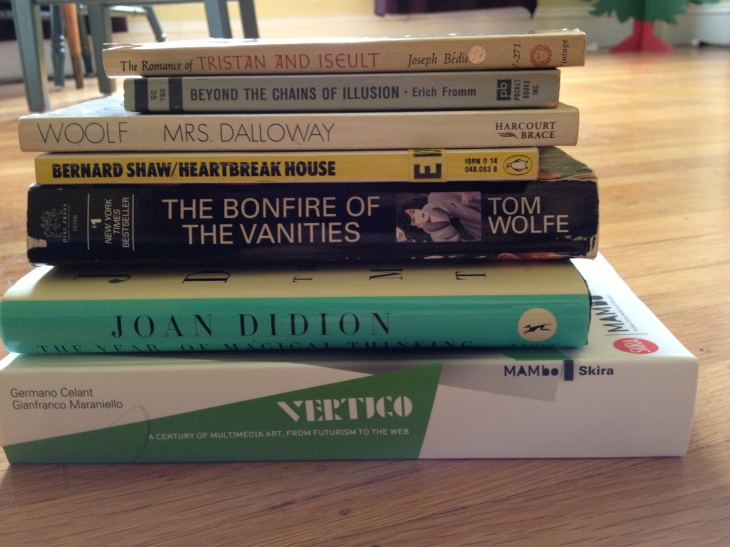 K Y M
Kym focused on LGBT studies in school. She is an avid reader. Her favorite author is Christopher Moore.

Here is her book case, all cleaned up. She had just finished reorganizing before I arrived to photograph her books. She likes Chuck Palahniuk, Neil Gaiman, and Christopher Rice. I only know of one other person who has read Christopher Rice.

H E A T H E R
Heather also recently cleaned out her bookcases. Kym and I helped her purge. It was definitely a three person project. 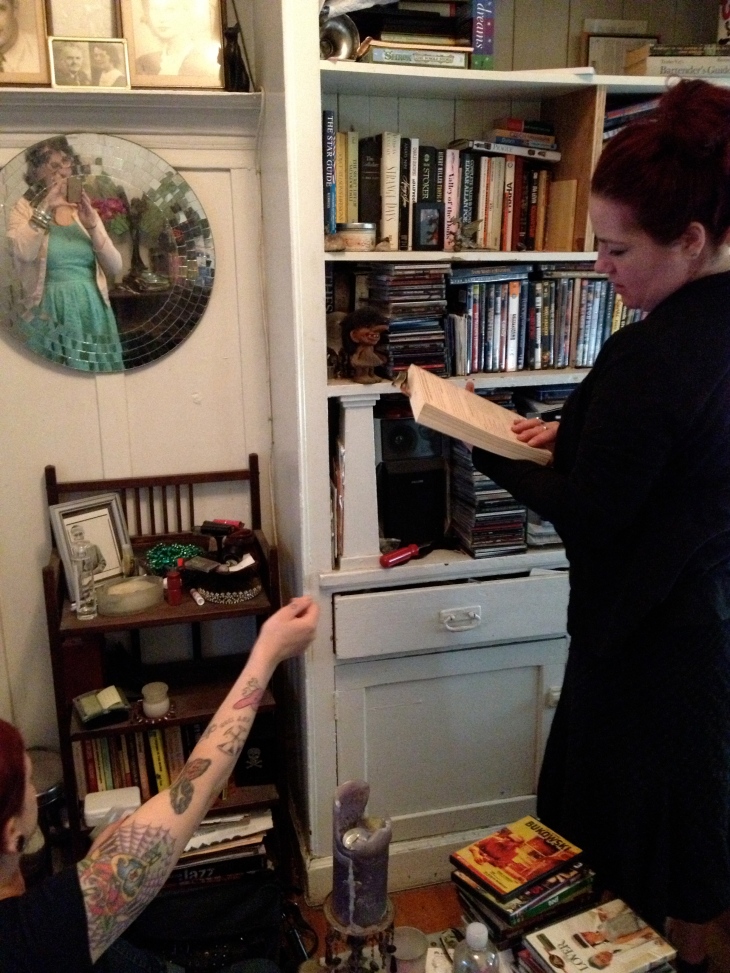 Currently Heather reads a lot of biographies and historical fiction. Some of her older favorites are Henry Miller and William S. Burroughs. 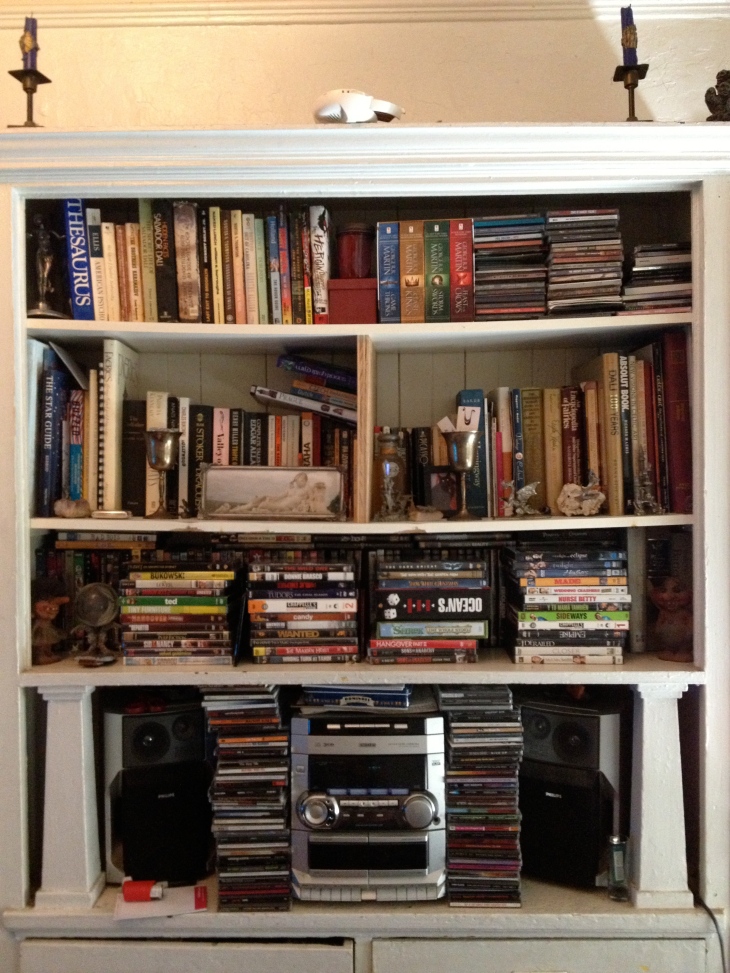 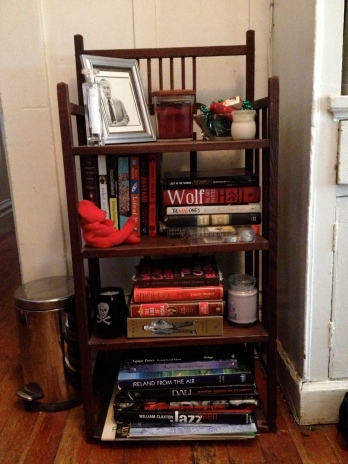 C H R I S T I N E
Christine moved to Brooklyn with her boyfriend and two pugs a few months ago to begin graduate school. She is getting her Masters in Fashion and Textile Studies at the Fashion Institute of Technology. She likes classic literature: F. Scott Fitzgerald, the Brontë sisters, and Jane Austen, because the women are, as she says, like “1800s soap operas.”

S C O T T
Scott decided to rearrange his apartment. I photographed his books in a previous post but this was such a dramatic change that I needed to document it. Instead of keeping his books on shelves, he made stacks. They look great but they aren’t very efficient if you want to pull out a book. He’s a merchandiser and graphic designer, so beauty and form come naturally to him. And moving things over and over is part of his job. 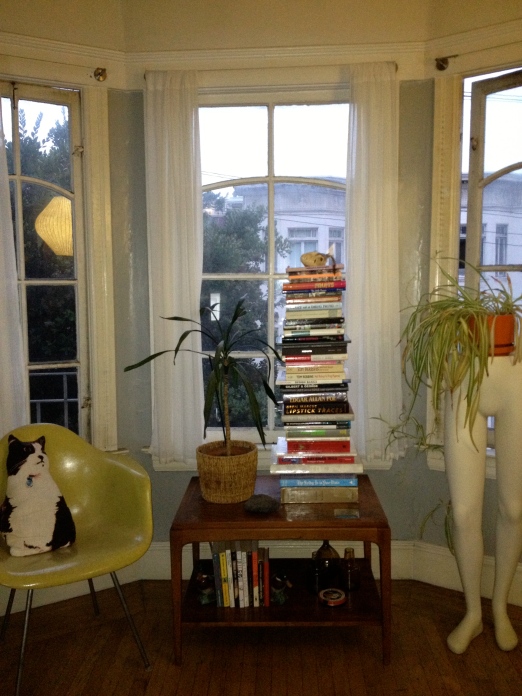 M Y     C H I L D H O O D     R O O M
Here are the bookcases I had left at my parent’s house. I’ve since moved one of them to my apartment. Unfortunately my studio will not fit all of these books. Some of them are my childhood books. I cannot bring myself to get rid of them and my parents kindly let me leave them there. I have moved one of the books to my studio. 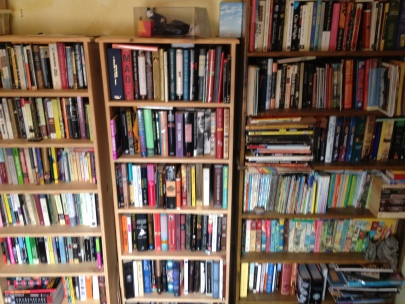 My dad built this bookcase for his books. He does have some books on the shelves, but I may have taken it over. The second shelf hold my favorite photograph books of animals that I spent hours reading and rereading as a child. Also, a lot of comic books. Mostly Star Wars.

This bookcase has a mixture of literature, photo albums from college, and books from high school.

I plan on photographing more friends’ books. It’s so fun to see how people incorporate all these little rectangular objects into their homes.