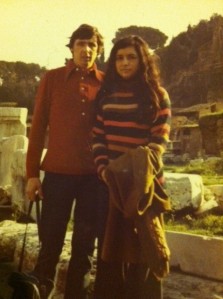 Take This Man explores friendship, love, family, immigration, and marriage. Originally written in French by Alice Zeniter, the novel focuses on the relationship between a French girl, Alice, (whose father is from Algeria) and her best friend, Mad, who is from Mali but grew up in France. He asks her to marry him to avoid deportation. They have known each other for over a decade and although she is nervous, she says yes because she cannot imagine her life without him. Starting with Mad’s proposal to Alice and then moving backwards, Zeniter delves into Alice’s past and her childhood friendship with Mad.

Alice’s father and mother worked hard so that she will have a normal life; they want her to live without any associations to racism, in short, total integration and acceptance. Alice, however, wants and strives to be a minority who understands things from an ethnic point of view and in some respects what she considers disadvantaged (as a youth). Her white friends are jealous of her ethnicity and believe she has street cred based on her Algerian roots. As she grows older she realizes that her life isn’t that difficult and she outgrows her desire to be an outsider. As a young adult she goes on vacation with another girlfriend and Mad; they are attacked by racist teens and so the three friends flee. At this point Alice realizes what it is her parents tried to protect her from.

Alice first understands that she is different from others based on the shape of her lips and her skin color. She takes pride in calling her sister a racial slur she heard on the playground until her parents chastise her and clarify the slur’s meaning. She explains what it is like living in an era of enlightenment as a biracial person and why she must marry her best friend so he can stay in the country. She wants to help him and take a stand against the strict immigration laws in France. The best friends share their secret with two other friends and Alice’s parents. The friends support them but Alice’s parents are divided because they fear all the work they did to avoid persecution will wasted if the government discovers the fraudulent marriage.

The biracial question raised in this book is familiar to me. Alice wants to look more like her father, who has darker skin. My Spanish American mother has much darker skin than my white father. When I was a child, people used to ask her if she was my nanny or if I was adopted which hurt her feelings and made me want to look like her. She’s 70 now, so she grew up in a completely different society, one where public school teachers and students were openly racist. She started picking fruit when she was 14; her family moved when there were better work opportunities. Her family lived in a migrant workers’ shack. After high school she went to key punching school; her parents borrowed money for the classes. She was independent when she was 18. I was sent to private schools; I baby-sat for money to go to the movies, concerts, and buy music. College was the only option as my mother insisted I receive the best education they could afford (no public schools for me as she had such horrible experiences). They paid for graduate school too. I never had to struggle with the race issue because of my light skin color but also because times have changed. The only thing she ever wanted was for me to belong and be accepted. She intentionally did not teach me Spanish because she feared it might affect the way I spoke English. She did everything Alice’s parents did to protect and cocoon me in safety.

Wanting to give your child more than you had is not a new desire; it’s an old, noble way of parenting. Take This Man is about a bi-racial family and the struggle of immigrants. It never once feels preachy or educational; there’s a real story with genuine characters working together to save one another. It explores the childhood obsession with “the other” and the adult reality of racism both social and bureaucratic. This is also about friendship and the stressful situations one friend will enter to save another.