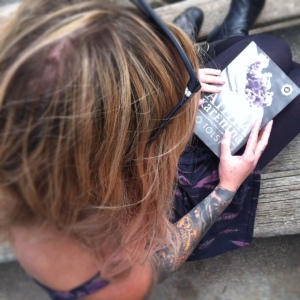 Regardless of how many classics you’ve read, there are always some you never got around to reading. For example, I’ve yet to read Moby Dick, Jane Eyre, Don Quixote, A Clockwork Orange, or Middlemarch. Some I never plan to read; they just don’t interest me. However, some books mock me; I bought them years ago and they sit on my bookcases, taking up space, moving from apartment to apartment, shelf to shelf. A Clockwork Orange is a fine example, everything about the book appeals to me: cult classic, banned, unreliable narrator. And yet, everytime I reach for another book; leaving it  on the shelf.

Another classic I had not read until recently was Leo Tolstoy‘s Anna Karenina, which is strange because I love naturalism and Russian writers. Perhaps it was merely the size; 820 pages is daunting. But then I found a new translation of it (without a broken spine!) at the Goodwill and was inspired to read it. My friends thought I was so intellectual, everyone assumed it was a hard read and that I must be a dedicated reader.

Not so much. Tolstoy was a naturalist: he weaves a long and detailed story around roughly a dozen people who are all related to one another through blood or marriage. Yes, there’s some philosophy and there’s a page or two of tricky theology, but for the most part it reads like a gossip magazine. Characters are forced to interact due to social conventions, much like reality stars are forced to interact with their rivals. We see every aspect of Anna’s life; her point of view, her co-characters’ view of her, her relationship with her husband, her son, her brother, her sister-in-law, and her lover. We watch her downward spiral, her desperate need for a love that validates abandoning her son, her addiction to opium, her drug-induced unreliable narrative, and her suicide.

There is Russian royalty living beyond their means; living off of credit and the sweat of the poor. There are self-involved characters who care only for their immediate needs and ignore all else. There is the kind, under-dog couple that you keep rooting for. Tolstoy sets up a dramatic page-turning plot. You keep wondering what will happen next. And like all great novels, even when you know the ending, you continue reading. I’m not sure how I knew about Anna’s demise, but I was aware of it before I ever picked up the book. It’s a part of the literary landscape that most are aware of.

Naturalism is concerned with portraying reality, life as it is and not a prettier version of it. The details focus on the seemingly inconsequential because he was writing for his contemporary audience whose lives were much like his characters. For the present day reader, it’s a true gem because you are taken back in time and discover how women changed their outfits with lace, how men cut wheat in a field, and how women were supposed to act and what happens when they break social conventions.

Anna Karenina is not just about a woman but about the people surrounding her and how they react to her decisions. Much like reality television, the book focuses on the minutia of people’s everyday lives. Nothing special happens; they are just ordinary people leading their lives under a microscope. They aren’t any better than anyone else but somehow they captivate people’s attention and imagination. Anna makes a decision that leads to society staring and judging her for the rest of her life. She was vilified in her time but if she lived today, she would have been on the cover of every gossip magazine.